How to Treat Acute Gout Flare

The treatment focus for patients experiencing gout flares should be on eliminating the pain as quickly as possible. Because of this, gout flares are generally treated with anti-inflammatory therapies to help appease intense pain and reduce swelling—although, these do not address the underlying problem of uric acid elevation.

For acute gout flares, the sooner anti-inflammatory therapy begins, the better. It is more difficult to control a flare once it has progressed. Anti-inflammatory therapies provide relief of pain and inflammation, but symptoms are likely to return until the underlying hyperuricemia is addressed. Uric acid-lowering therapies are the cornerstone of preventing gouty arthritis progression over time. 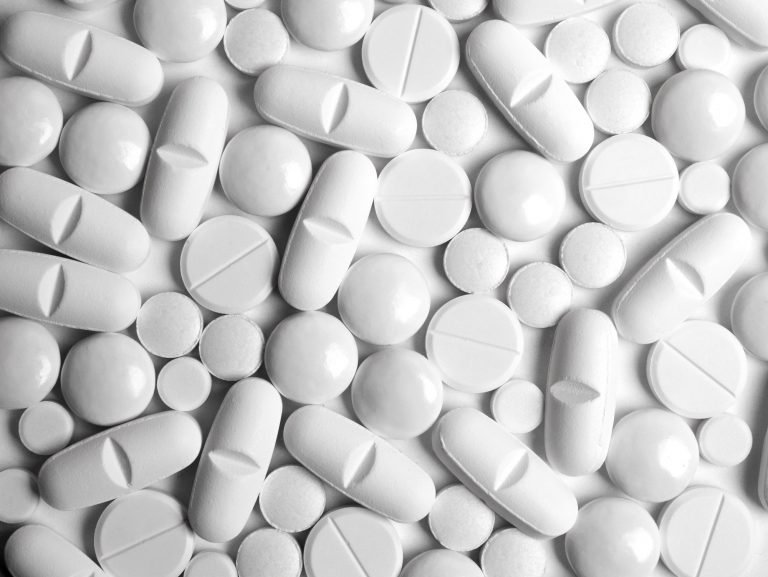 The pain during a gout attack is often so excruciating that many go to an emergency room for relief.

On a pain scale of one to 10, most gout patients rank their pain as a nine or a 10. Many report that during an attack, the affected joint feels as if it is caught in a mechanical device. Even the thought of a bedsheet touching the joint is enough to make them cringe.

Gout attacks come on quickly and can last for several days. After a first attack, most people will experience another painful flare within a year. More than three in four gout sufferers will have another attack within two years. Subsequent attacks often are more severe and last longer. 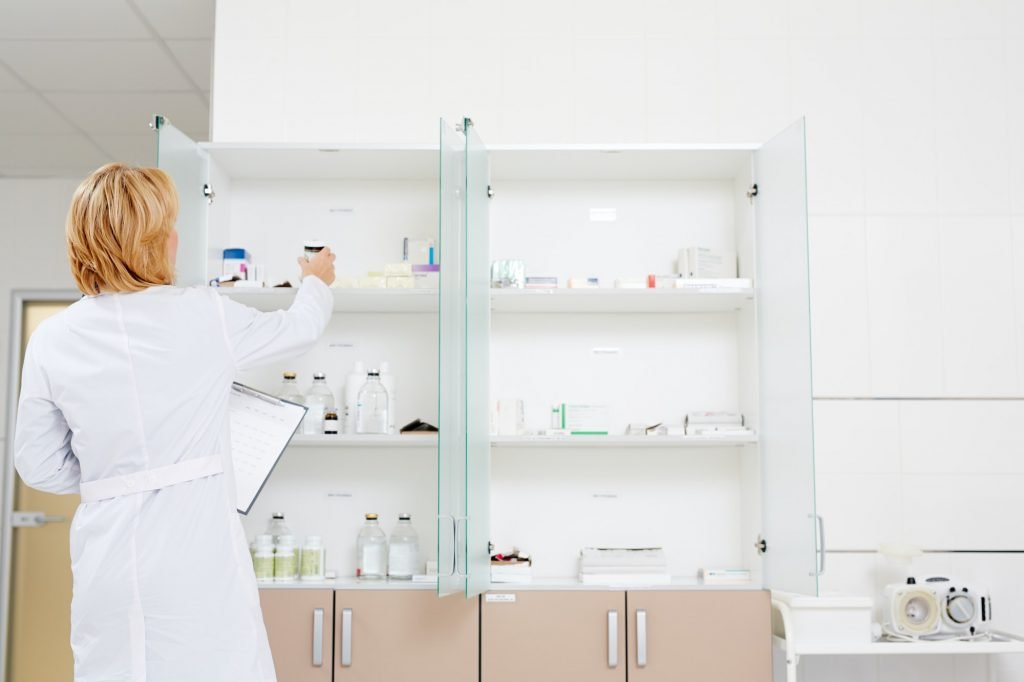 Once diagnosed with gout initially, patients should be reminded that their elevated serum uric acid levels need to be controlled, no matter how normal their health seems to be. Medications for pain and inflammation can be stopped, as directed, after pain and inflammation have subsided—but urate-lowering therapy must be continued for life. 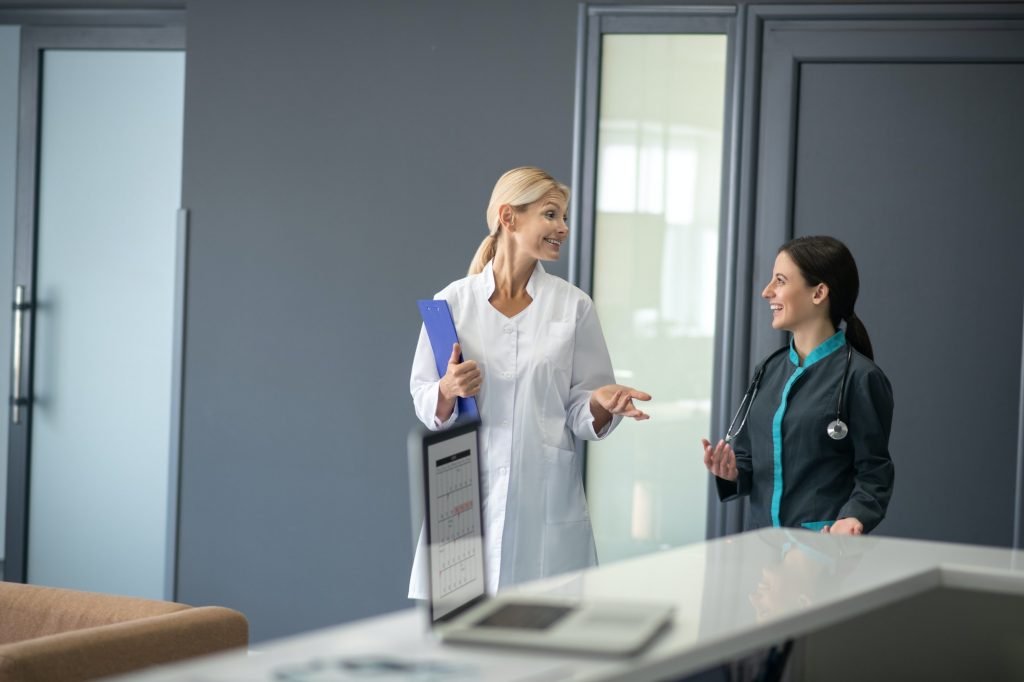 The Gout Education Society believes that continuing education for medical professionals and their staff is crucial when it comes to keeping up with the latest in gout treatment, diagnosis and management.

In October 2012, the American College of Rheumatology (ACR) published its long anticipated “Guidelines for the Management of Gout.” In September 2015, ACR expanded on the existing guidelines and released new classification criteria about gout.

With gout on the rise, it is essential that all patients, especially those touched by gout, are knowledgeable about this serious disease. You can always learn more from your doctor during regular visits. Take a stand on gout!

Some general potential side effects of allopurinol are: changes in taste, diarrhea, indigestion and stomach pain or cramps. For febuxostat, some minor side effects are: changes in appetite, constipation or diarrhea, nausea, hot flush to face or skin, stomach upset or pain. It’s important that if they persist or there are questions, call a doctor.

Though there are only 1 in 1,500 patient cases, there is a more severe hypersensitivity reaction to allopurinol, with fever or rash that can cover the body and deterioration of liver and kidney function. At-risk patient populations (Han Chinese, Southeast Asians, and Koreans with kidney disease) can be screened for a genetic marker (HLA-B5801) that can predict this reaction. To alleviate this hypersensitivity, doctors will start a patient on a low dose with a step-up plan to the optimal medication dose.

There are several options given to provide immediate gout pain relief. By mouth, they are typically taken while the gout flare lasts. It is important to take medications as prescribed to eliminate the inflammation. If experiencing stomach upset when taking medications, your doctor, or a practice nurse, will guide you on taking your medication with food or switching to another medication.

Standard medicines prescribed for pain and inflammation for gout are:

It is important to note that gout flares often occur when a patient first starts taking medications to lower uric acid levels. Patients can help prevent flares when starting these medications by also taking low‐dose colchicine or NSAIDs. 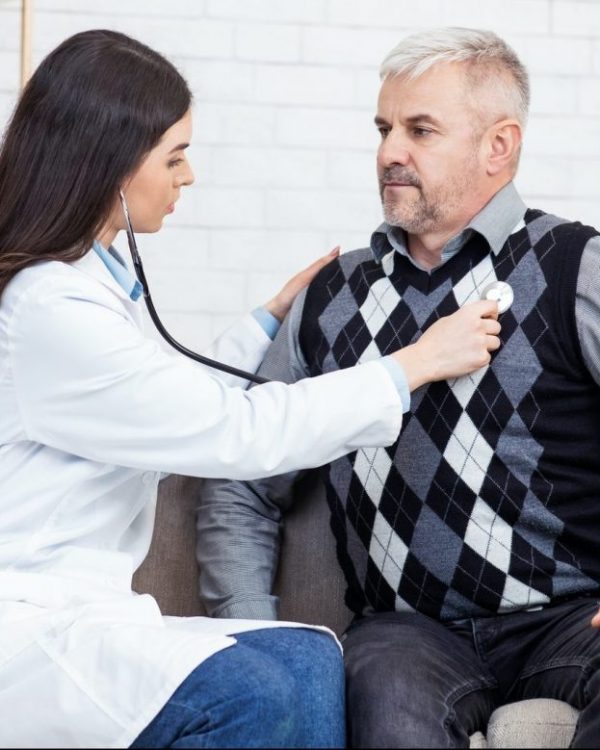 Painful flares can, and often do, prevail—even when patients are taking medications as prescribed and are following a healthy diet and exercise regimen.

During this stage, also known as intercritical gout, a patient is between gout flares. There is symptom-free time, when joints are functioning normally. However—even when the patient is not experiencing symptoms—ongoing deposits of uric acid crystals will continue to accumulate, silently. This tophus formation often leads to more painful flares, unless urate levels are lowered to 6.0 mg/dL or below.

Where the first or early gout flares lasted for three to seven days once or twice a year, this next phase of gout is marked by flares every four to six months and lasting one to two weeks. This, indeed, is a frustrating time for patients—particularly, if they are adhering to prescription guidelines.

If traditional gout therapy is not working, physicians may increase medication dosage, add another medication to the traditional therapy or change the medication. All of this is done with the goal of bringing urate levels under control.

Often, medications are prescribed in combination. For example, probenecid, which blocks uric acid production, can be added to allopurinol or febuxostat, which helps the kidneys eliminate uric acid in urine. Physicians can also add 500-1,000 mg of vitamin C, which can aid in eliminating uric acid. If a patient is already on a diuretic, then they may be switched to another to help uric acid elimination.

Some side-effects from probenecid may occur that usually do not need medical attention. They are: chills, heartburn, cough, diarrhea, fever, general feeling of discomfort or illness, loss of appetite and joint pain. These side effects may go away during treatment as your body adjusts to the medicine. Always check with your patient to see if any side effects are bothersome.

If pain medication needs to be adjusted, the following standard medications could be prescribed:

After years of untreated or undertreated early gout, the disease can progress to a stage with chronic, persistent joint complaints and deformities, as well as the appearance of tophi.

A patient with advanced gout should be referred to a rheumatologist. When flares persist—even before the advanced stage—it is important to get a referral to a doctor who specializes in treating this disease. When gout is uncontrolled, patients can reach this advanced stage within 10 years.

Because advanced gout often leads to disability, there is reported decline in quality of life when gout is uncontrolled. Many patients have a lot of guilt associated with their disease—stemming from the myth that gout is self-inflicted from poor dietary and lifestyle habits. When lack of mobility affects work productivity, this reduces self-esteem and often limits participation in social and leisure activities or hobbies. All of this can lead to isolation, and in some cases depression. The good news is that even in this late stage, several medications can be used.

With severe tophi that limit the quality of a patient’s life, physicians may choose to prescribe pegloticase, also known as Krystexxa®, given by intravenous infusion every two weeks to more aggressively dissolve gout crystals. Several gout specialists give infusions at their offices, where patients are monitored throughout the treatment, which takes two to four hours, including pre-infusion medication and post-infusion monitoring. This more aggressive treatment is used without other drug therapy, and can reduce uric acid levels significantly and quickly and eliminate the tophi, often within eight to nine months.

Some side effects of pegloticase are muscle pain, nausea, vomiting and upset stomach—which should be addressed by a physician if they persist or are bothersome.

In other advanced cases, a combination of drugs are used: allopurinol, febuxostat and probenecid. When there are severe tophi, these drugs will likely take longer to eliminate them because it takes more time to reduce uric acid level.

The Gout Education Society is a nonprofit organization of health care professionals dedicated to raising awareness of gout arthritis, with the aim of improving overall quality of care and minimizing the burden of gout.
Facebook Twitter Youtube Mail-bulk